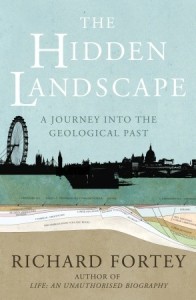 Geology is not my thing, generally — in fact, aside from one other book, which was by Richard Fortey as well, I’ve generally found it quite boring. The attraction here is Fortey’s writing, which is clear and passionate. Beautiful, even. Most of that is the sheer enthusiasm and inventiveness with which he treats his subject: metaphors and vivid descriptions abound, even as he’s being very clear about the geological forces at work and what the features of the landscape mean.

Unlike Earth: An Intimate History, this book discusses solely the geology of the British Isles. It touches on most areas as it does so, going through Scotland and Wales, Cornwall, East Anglia, some of the small islands offshore… It’s not an exhaustive list, of course, but it goes from the oldest rocks of our islands to the newest, discussing their formation and weathering, and what that means for the landscape and the future. It might be surprising that even in a book originally published twenty years ago, there’s a lot of discussion of the potential of climate change to completely alter our landscape, but I think that’s because it takes a long view (necessarily so!). Whether climate change is man-made or not isn’t important: it happens, either way, and part of the story of geology is climate change.

Honestly, I take away as little understanding of schists, gneisses and nappes as I started with; it’s the kind of information that won’t stick in my head. But I enjoy the way Fortey presents it, and so thoroughly enjoyed it even knowing I’m not going to retain the information.