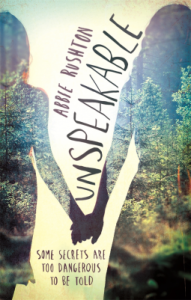 I’m so used to reading YA set in the US that I was actually surprised when I realised, oh hey, this is British! They’re doing their A Levels! So if that’s something you might be interested in, that’s another draw alongside the fact that it’s an LGBT story. (Well. Mostly just L.)

I originally had this as an ARC, but neglected it for so long that I ended up picking it up in the bookshop. I’m a little disappointed about that, because it turned out not to be for me. It’s pretty simply written, and while I like the issues it engages with, it was too obvious for me. There’s a mystery/thriller aspect, but I called it. And the characters… as I keep saying, teenagers may well act like that, so overblown and ridiculous, but I’m twenty-six and didn’t act like that even when I was a teenager! Much. I think. I hope. It’s just unpleasant to read about, because I just want to shake the characters — like seriously, you’re getting worked up because of what?

Even the adults seemed a little like that; I’m thinking of Megan’s mother. Granted, she was prone to drinking heavily and such, but still… It all felt a bit like a caricature, if that makes sense.

All the same, I’m going to donate this to the local library. Having LGBT stories there is important, and I don’t think this could possibly offend anyone, and it might be more to someone else’s taste.